I visited Mt Amasa yesterday morning. The Spring flowers are starting to wither and the grasses are turning to yellow but it was still lovely to be up there first thing - not too hot and with a cool breeze blowing. A thin stream of Swifts and Pallid Swifts started the day. Very few migrants around but a flock of 5-6 Lesser Kestrels were hunting the slopes - really elegant little falcons. 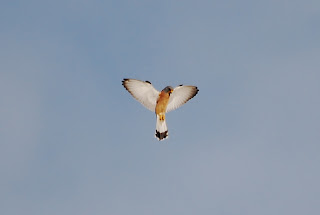 This male air-braking before hovering. 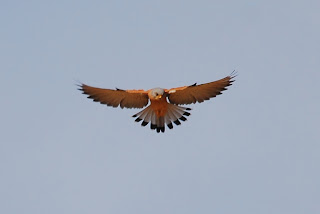 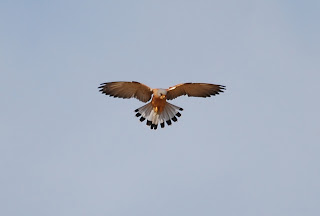 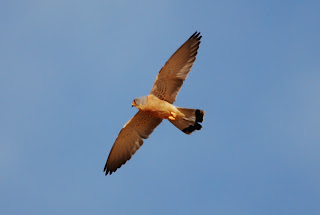 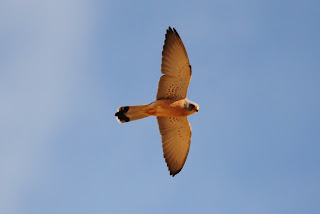 The following two photos show one of the females hunting. 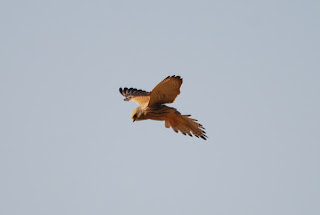 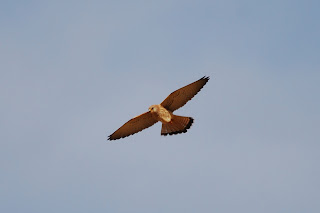 The lower slopes of the mountain have attracted a good number of Hill (Pale Rock) Sparrows (an excellent year for them). Their buzzing song is very distinctive and I heard and saw several individuals singing from rocks or shrubs. 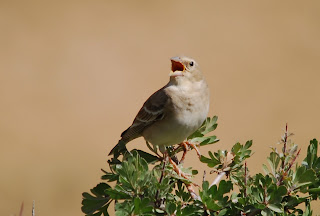 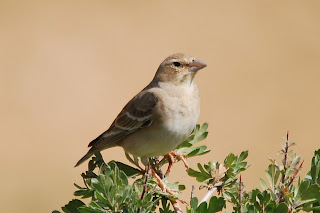 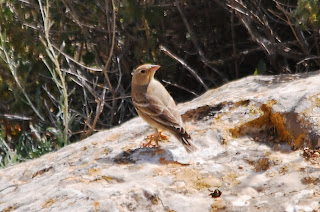 A few Rock Sparrows flitted about the grass patches. Only one stayed still long enough for a photo. 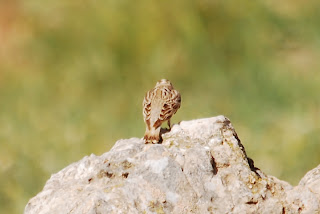 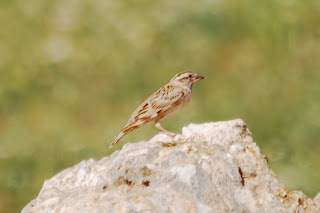 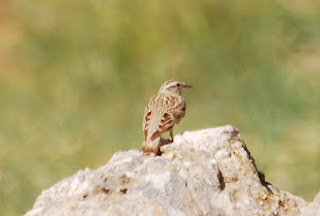 Many Spectacled Warblers around too. 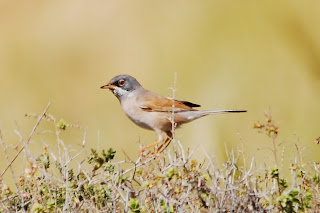 Other breeders here at Black-eared Wheatears. 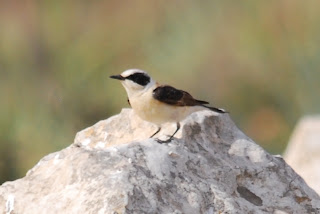 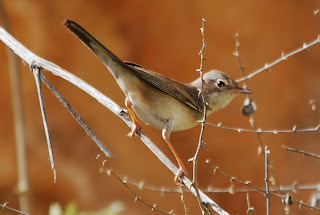 Last but not least - a pair of  Little Owls. 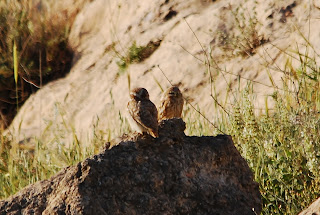