A lovely Spring morning today - just finished taking the dog for a walk when I heard an unfamiliar call overhead. Six or so Hawfinches were flying from tree to tree. Unusually for Hawfinch, a couple stayed more-or-less put giving me enough time to get my camera and take a couple of shots. 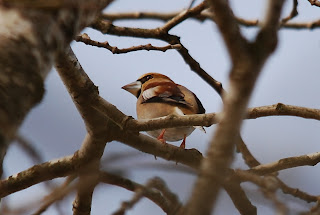 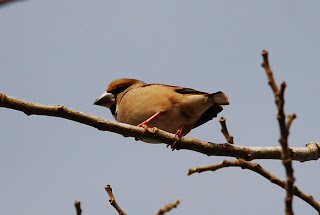 Trick of the eye - looks like I was almost level with them, not 20 m below. 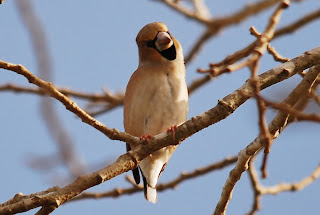 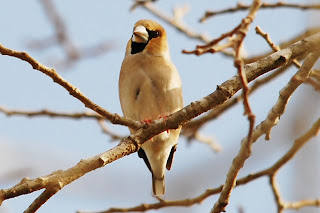 Also had a look around HaBesor Reservoir this morning. Very, very quiet indeed but very beautiful with the flowers in full bloom. Once again, I heard a call that made me stop. This time it was a gorgeous Little Green Bee-eater. This is a notable sighting for me as this is the furthest North I have ever seen one. 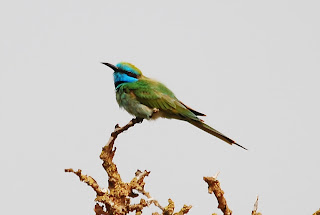 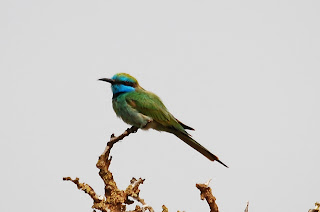 I had a glimpse of a distant Great Spotted Cuckoo but it eluded me. It sang quite close by but I didn't manage to see it again. There was one keeping an eye on the crows (and vice-versa) last year and I was hoping it would return. A couple of hours later though, I was picking up my daughter from school and there, sitting in a tree just by the bus stop was a cracking GSC! It called, raised its tail, raised its crest and then flew into another tree only to be chased out by a pair of crows. Great performance!
at March 04, 2013