Had a fantastic morning driving down the Urim pylon line with Yariv, Lian and Michael. The fields were full of birds - Black Kites, Kestrels, Merlin, Long Legged Buzards, Hen Harrier, Eastern Imperial Eagle, Peregrine, Cranes, clouds of larks, pipits and wagtails etc. Our eyes were firmly on the raptors today and the target species was Saker Falcon. We eventually found this superb individual perched on one of the pylons.
A distant Peregrine - great views but poor photo . . . 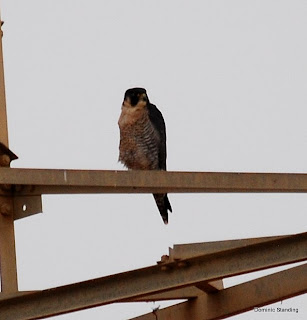 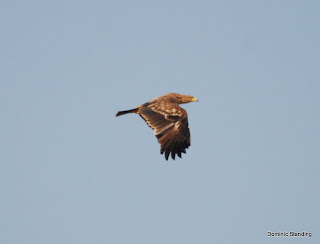 In the same area this mystery eagle was very frustrating - reasonable views but not enough to get a positive ID and too distant for good photos (despite masses of post-processing). 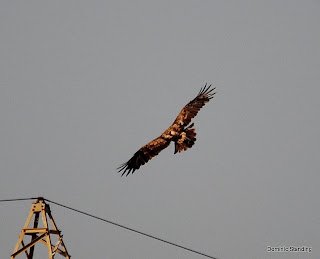 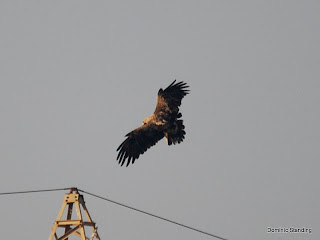 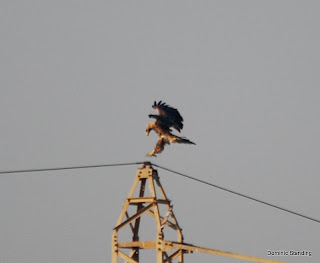 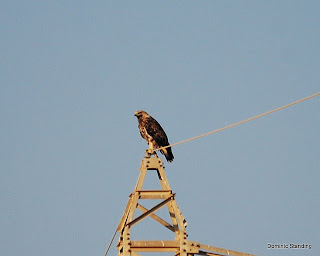 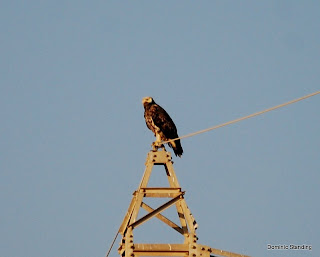 One of the numerous Long Legged Buzzards blending into one of the fields,

another fox-red one flying off from a pylon, 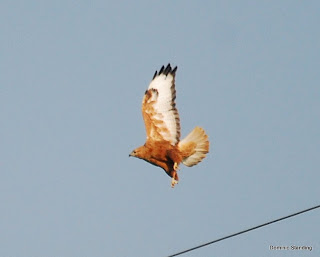 and some of the thousands of Black Kites posing artistically.

With thanks to Yariv, Lian and Michael for a great morning's birding and company.
at December 29, 2012