Today was very frustrating. I had to go to Beer Sheva yesterday instead of working at Sde Boker thus missing an Olive Tree Warbler and Golden Oriole in the nets. However, at lunchtime today I went for a quick walk around the pistachia grove and saw the/a GO. Also seen was a brief view of a large grey backed warbler. I got terrible views as it skulked in the bushes but I did see that a) it was big, b) it was grey backed and pale below, c) the tail appeared black apart from white sides to the outer tail feathers. Also, it wasn't an Orphean. So, probable Olive Tree Warbler but as I missed the wing panel, strong bill and supercilium I can't claim it. This would be a lifer for me so it was very frustrating to have lost the bird in the undergrowth.

Migration-wise, things are definitely slowing down but this fiesty Red-backed Shrike was a bonus. Meidad held it up for some portraits, much to the shrike's displeasure. 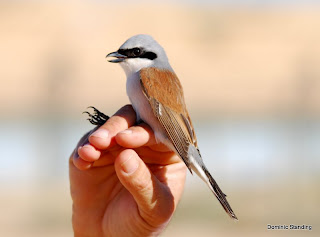 Blood (not much) was drawn. 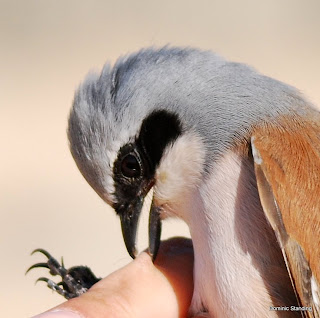 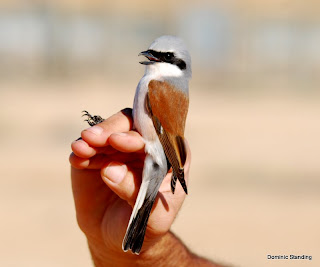 A Rufous Bush-Robin sporting a ring - not sure if it's one of Darren's. It was good to finally get some non-record shots of these great birds. 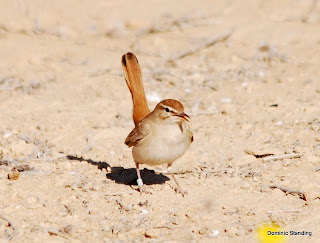 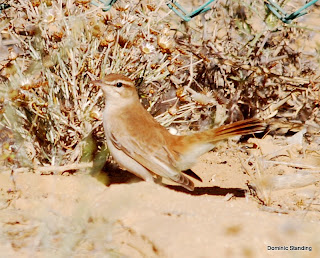 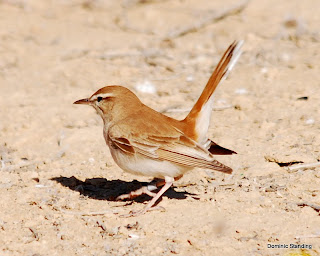 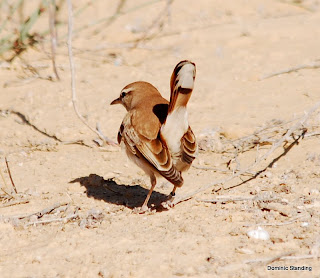