A large movement of hirundines this morning around Nir Oz - Red-rumped Swallow, 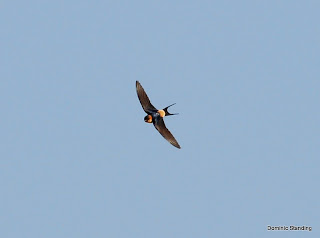 Yesterday I checked the Ha Besor Reservoir area - a great morning's birding with a lot of common birds around. Blackcaps once again dominated the scene - they are everywhere at the moment, 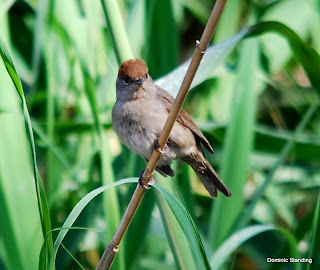 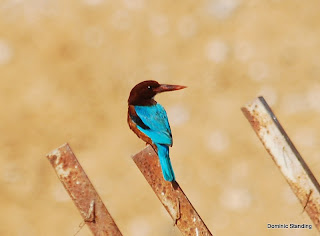 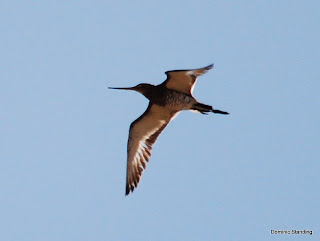 I found a quiet spot away from the road where a stream enters the reed beds, forming a pool. The warblers were out in force. Reed warbler, 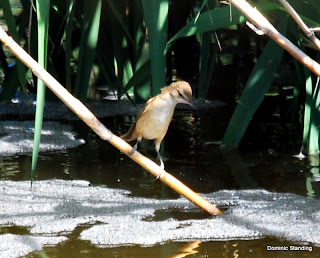 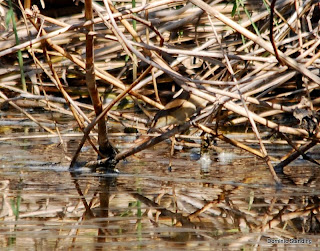 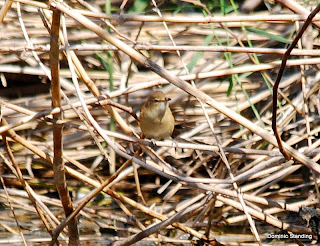 Sedge and Reed Warblers, this Sedge had a very white supercilium, 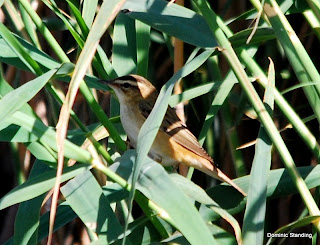 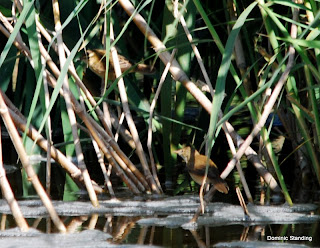 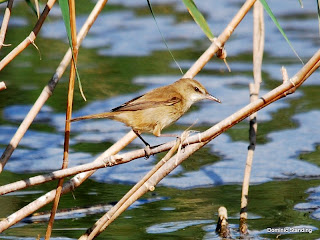 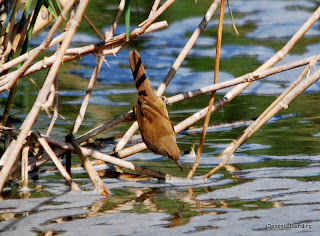 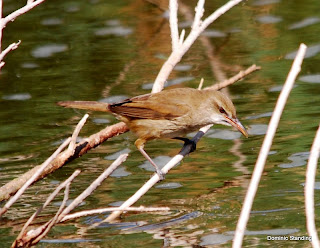 this one included because it's the first time I've seen a reflection of water on a wing, 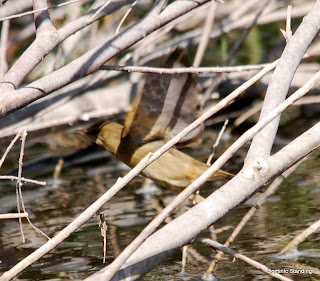 Bee-eaters - plenty of these around now. 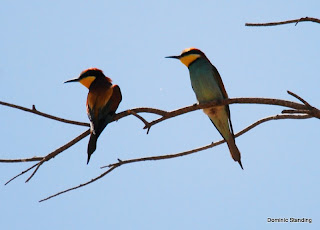 The light was very glaring by now, making photography difficult - didn't put the birds off though. The first Rufous Bush Robins I've seen this year, 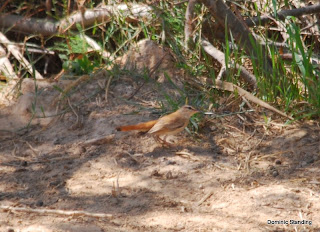 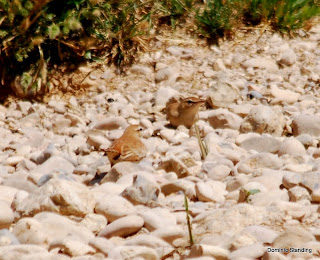 and a Thrush Nightingale. 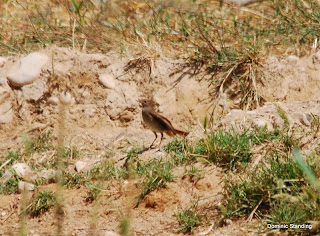 Lots of Squacco Herons around and a single female Collared Flycatcher completed the morning.

An Ichneumon or Egyptian Mongoose wandered along the reservoir shore. As a non-birdy aside and for a really good laugh read Whittier's 1832 elegy for an ichneumon - truly awful! Bear in mind that this is written by someone who thought that a poem about a brick was 'fine and fitting'. He never actually saw the beast as it died and was buried before he arrived to view it. Here's the first stanza as a taster . . .
Stranger! they have made thy grave
By the darkly flowing river;
But the washing of its wave
Shall disturb thee never!
Nor its autumn tides which run
Turbid to the rising sun,
Nor the harsh and hollow thunder,
When its fetters burst asunder,
And its winter ice is sweeping,
Downward to the ocean's keeping. 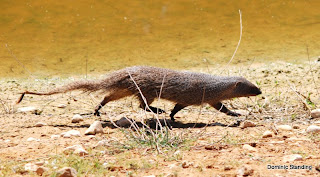