There's a small, nondescript wadi that runs at the back of Sde Boker cemetery. It has been very worthwhile walking along it as it seems to attract a lot of birds - many warblers including Rupell's and Orphean, Ehrenberg's Redstart to name but a few. And of course, lots of wheatears (Black-eared, Northern, Isabelline). This one in particular stood out from the crowd. There's been a bit of discussion about the current Pied/Cyprus wave that's coming through at the moment and there's no doubt that care needs to be taken in identifying them. I'm confident that the photos below show a Pied Wheatear but all comments are welcome. 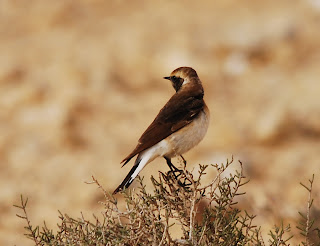 For me, the tail pattern - wider at the outer tail and almost broken at t3, t4 - nails it. One from the top, 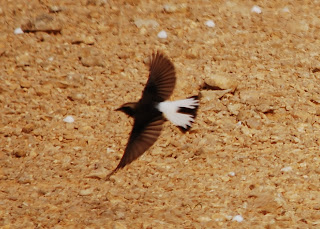 and one from underneath. 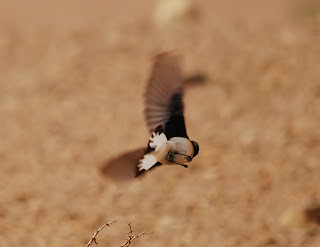 Lunchtime birding at Sde Boker often turns up a surprise. Another exciting wheatear - Cyprus! Such a shame that wire is in the way. 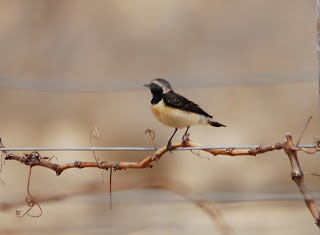 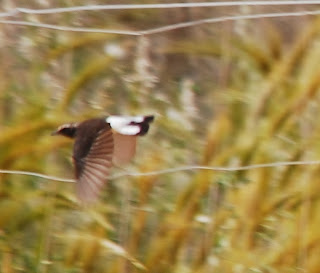 Also through was my first Ortolan of the season. Lovely bird. 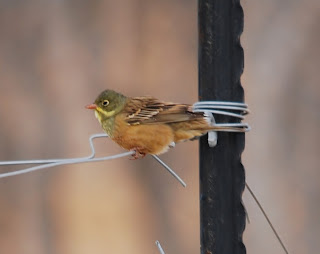 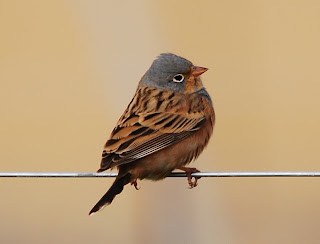 A distant European Cuckoo flew past as a final treat before going back to the lab. 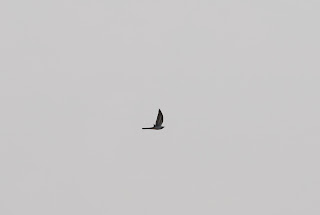