A cracking morning at Sde Boker. I was right about the buntings - several Cretzschmar's Buntings were feeding in the grass. I met up with Darren Burns who was ringing. He'd caught three but seen several others. As we talked I saw my first Masked Shrike of the season, hiding at the back of a bush. 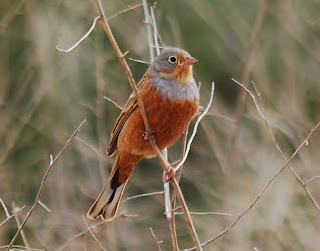 As I passed the alfalfa patch this beautifully plumaged Black Headed Wagtail showed itself. I've narrowed the subspecies to Motacilla feldegg ssp. superciliaris but yellow wagtails have an enormous number of forms and intergrades and this makes identifying them a real challenge. 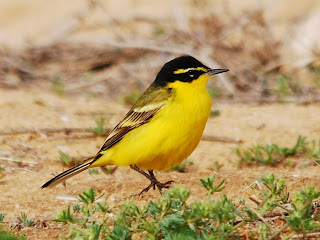 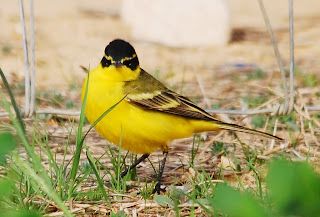 This shot shows the sharp border between the black neck and paler mantle. 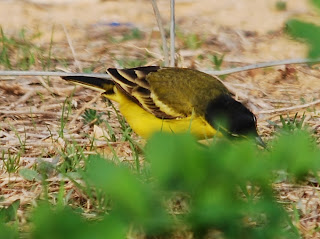 I went to work but was called by Darren who had a Subalpine Warbler in the nets. Luckily I was able to take a couple of minutes and have a look - lovely bird but a real pity I didn't have my camera with me! He'd also caught an Eastern Bonelli's Warbler and Orphean Warbler as well. Black Eared Wheatear was a nice addition to the Sde Boker list. 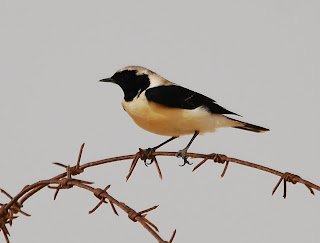 One of the many Black Redstarts. 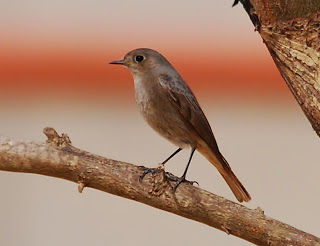