Cloudy with rain and a soft, out-of-focus light. I decided to go and see what Nizzana had to offer. Arrived at Kehemim sewage pools nice and early but no sandgrouse - presumably the rain is sweeter than sewage water. There were a few waders around though and this very handsome Kentish Plover was very obliging. 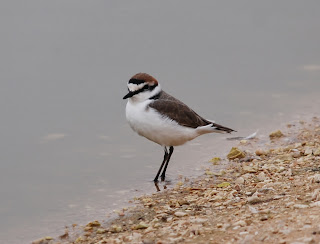 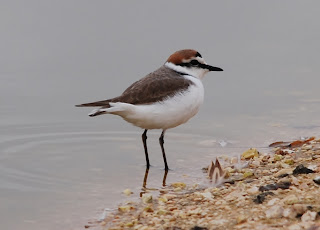 A single Black-tailed Godwit with the Ruff. 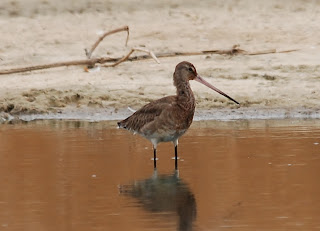 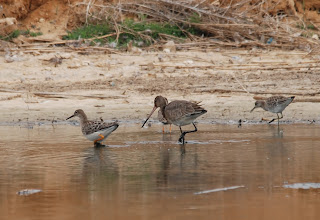 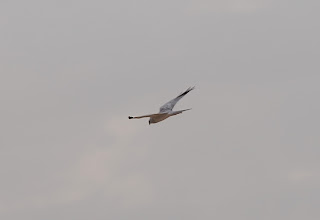 On to the Ezuz road to look for MacQueen's Bustard. I stopped at the usual place and immediately spotted two distant displaying/dancing males. Met Kevin, a UK birder over here for solo trip, and a little later a third Bustard appeared, this one close enough to show here. Most of the bustards I've seen have been white and black fluffs obscured by heat haze. 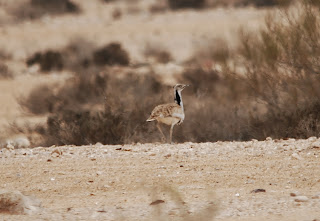 While watching this individual a couple of superb Cream-coloured Coursers appeared, running through the scrub, and a single Desert Wheatear. A couple of Little Owls and a few Brown-necked Raven completed the list for this place.

And now for the bitter part of what was a rather sweet day's birding. A few km down the road from Nizzana to Mashabe Sade I saw a large, rufous road-kill bird on the side of the road. A male MacQueen's Bustard flying across the road and hit by a vehicle. Such a beautiful bird, and part of a declining population. A real shame. 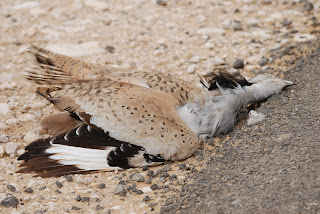