A superb morning in the fields. After last night's rains the light was superb and there was a strong and cold wing buffeting me - reminded me of Scottish birding. . . . The fun started with this obliging Merlin that sat quietly for a while before flying off in pursuit of a flock of passerines. 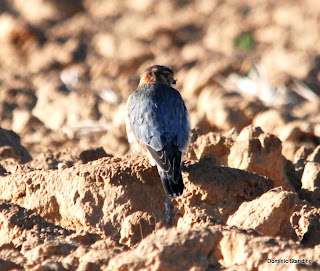 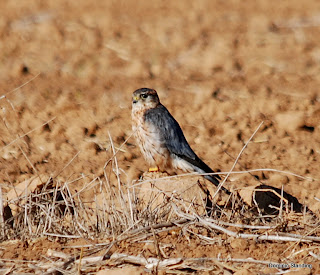 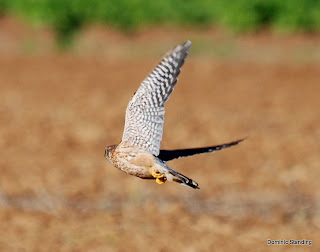 Driving on I saw a distant but obviously large and pale bird sitting in the middle of a field. A first I thought it must be a harrier but through the scope it turned out to be a Long-legged Buzzard. 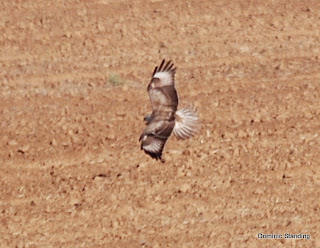 A few minutes later a Spotted Eagle (top two) circled up from the fields with a Buzzard and disappeared South. 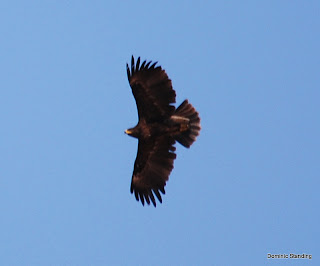 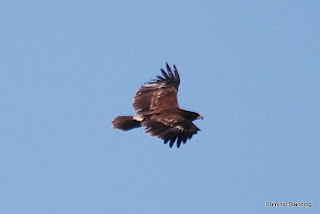 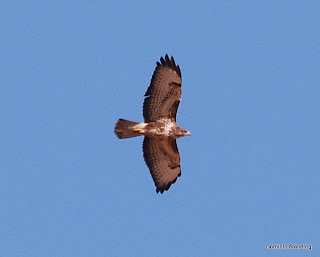 The best was to come in the Northern fields. First, I spotted some distant Dorcas Gazelle grazing but then my attention was distracted by a Hen Harrier sweeping by giving fantastic views. As it disappeared from view I  turned to get into the car and saw a Pallid harrier flying fast towards me. Both harriers were flying in the same direction, just against the wind, and the difference in wing shape was staggering. The Pallied Harrier was wing-tagged but I couldn't make out the identification code. After this Peregrine, Sparrowhawk and Kestrel (not shown) made their appearances (everything against a backdrop of Black Kites, of course). 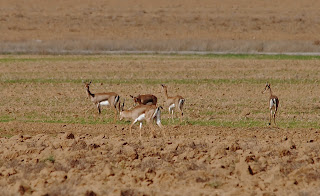 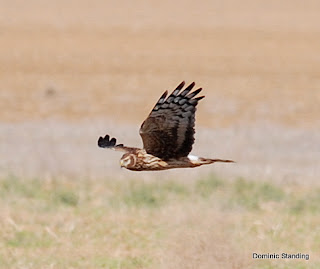 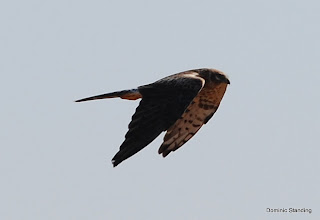 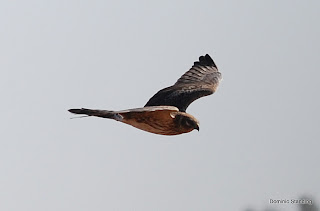 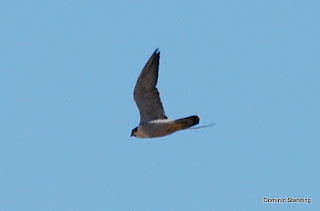 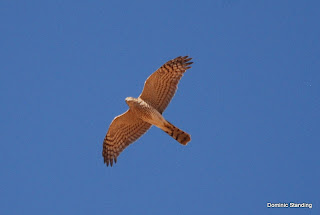 Six raptors in as many minutes! However, 10 minutes after the Hen Harrier a large falcon rocketed across the road, had a scrap with a Hoodie and flew fast South. Another Peregrine. Awesome. 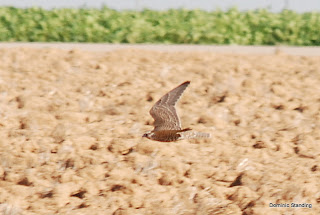 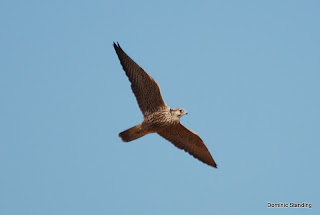 All this activity put up the lapwing flock and I noticed some smaller waders among them. 11 Golden Plover! 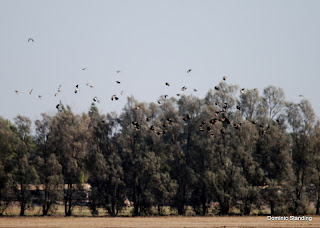 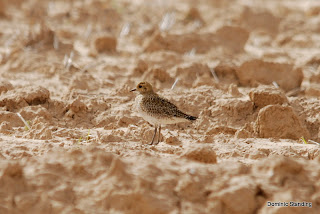 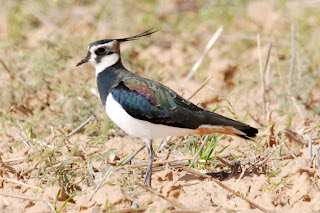 Red-throated and water pipits made an interesting diversion from the raptor-fest.

This morning was too good to last - the wind brought a huge dust storm which closed play for the day.
at November 15, 2011